A decade of ‘Steps’ towards better mental health 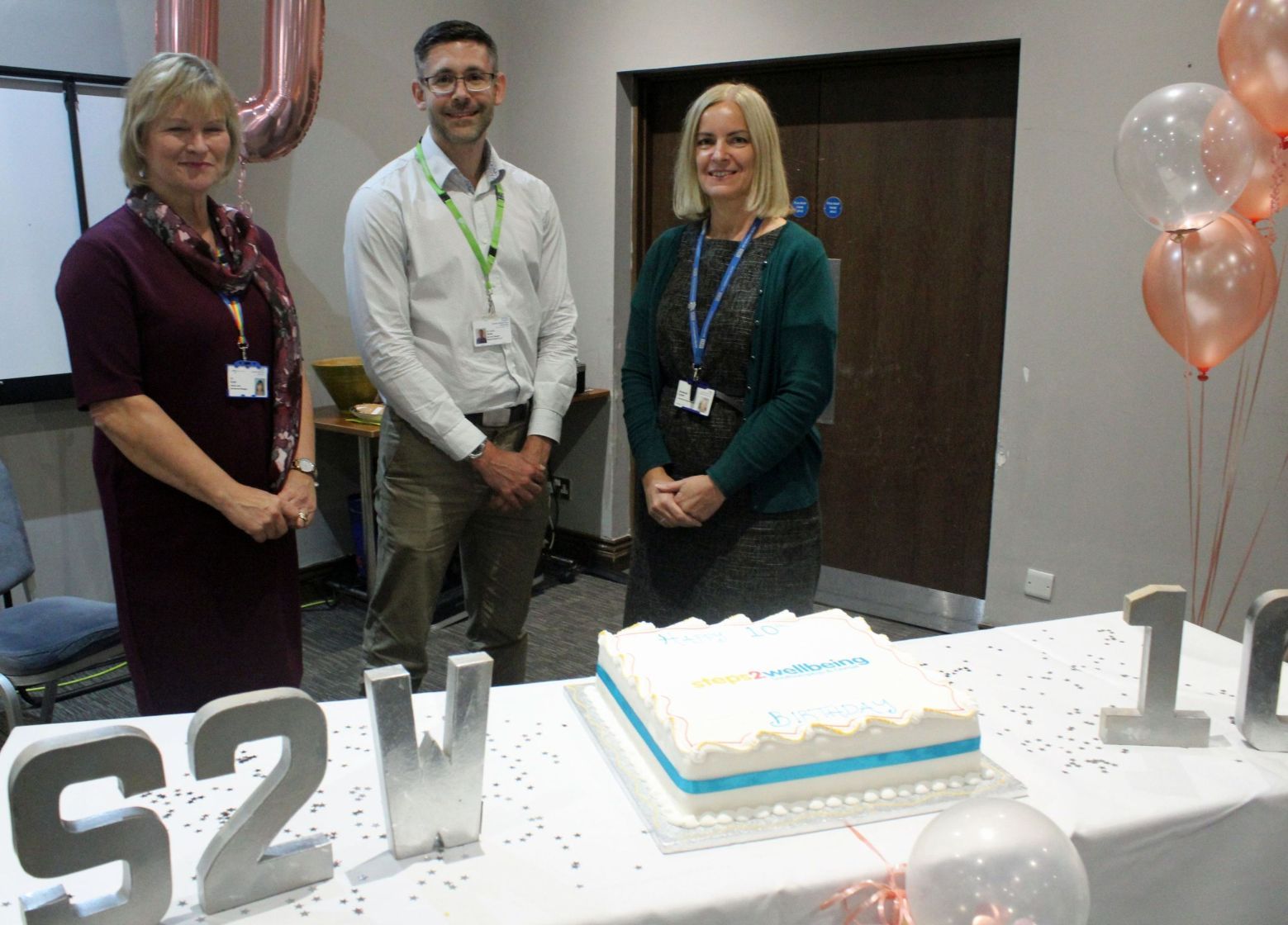 A mental health support service which has helped thousands of people in the Southampton area has celebrated its 10th birthday.

Steps to Wellbeing, commissioned by Southampton City Clinical Commissioning Group (CCG) and run by Dorset HealthCare, was launched in 2009.

A free, confidential NHS service for people aged 18 and over, it provides a range of talking therapies for people with mild to moderate depression and anxiety disorders such as Obsessive Compulsive Disorder, Post-Truamatic Stress Disorder and phobias.

Over the past decade, it has received more than 53,000 referrals and offered almost 290,000 appointments.

From a start-up group of six staff, it now has 67 therapists, practitioners and counsellors based at Grenville House near Southampton Central and also at more than 40 community venues and GP surgeries across the city.

A user-friendly website supports people to self-refer, with more than 90% of referrals now completed online.

And Steps has also become one of the first services to offer therapy via a Skype-like system, as well as running webinar groups which have enabled more than 100 people to access useful information at home.

More than 120 members of staff, former patients and representatives from partner organisations packed the Hampshire Suite at the Holiday Inn in Herbert Walker Ave to mark the service’s 10th anniversary.

Hosted by Senior Clinical Lead Liz Doyle and Dorset HealthCare’s Service Director for Mental Health and Learning Disabilities, Colin Hicks, the event aimed to celebrate the past, present and future.

“Since its launch, Steps to Wellbeing has grown to meet the needs of local people,” she said.

“Developments include introducing peer support roles (people with lived experience of mental health conditions working to support others), supporting the wellbeing of students in Southampton, developing strong links with a range of communities and strengthening the links between support for physical and mental health.

“As we commission the service for the future we will be further expanding access, developing more pathways for people with long-term conditions to receive psychological support, alongside their physical health care, and tackling inequalities in access. For example, we want better access for older adults and people from the richly diverse communities that live in the city.”

Colin Hicks added: “Steps has to be one of the biggest success stories that I’ve seen in mental health in the last 30 years, in terms of enabling people to receive such a variety of support and better understand their conditions. It’s been a meteoric rise.

“Steps’ unrivalled achievements are testimony to all the staff that have worked, and are still working, across all disciplines. There are lots of plans in the pipeline to enhance the service further, including closer working with charities and other public services. The future is looking bright.”

For more information, and to access support from the service, visit www.dorsethealthcare.nhs.uk/steps2wellbeing