A number of local NHS organisations have joined forces to provide a ‘one-stop shop’ of information and support for staff and patients who may be experiencing struggles with their sexuality.

Speaking at the network’s launch at The Lighthouse in Poole, Mr Burns said he believes this is a ‘step in the right direction’ in tackling the stigmas around being gay or transgender in Dorset.

“I really want to show my support and solidarity for this great initiative. This is a topic I feel extremely passionate about as I have encountered prejudice in my own personal life and in politics for being gay,” he said.

“I’ve been able to overcome this, but it wasn’t easy, and I think it is vital that others feel confident enough to ‘come out and speak out’ around their sexuality, and not feel discriminated against.

“It is great to see the diversity of the public and private sector organisations pledging their support, and I hope this will entice smaller ones to follow suit so we can build strength in numbers.”

So far more than 10 organisations have signed up to the network, including Dorset County Hospital, Royal Bournemouth and Christchurch Hospital, the Dorset Clinical Commissioning Group (CCG), Dorset Mental Health Forum, and LiveWell Dorset.

Bournemouth-based LGBT support services Over The Rainbow and Space are also involved.

The group will initially meet every other month, and will be promoted at events throughout 2018. Anyone who would like to be involved or find out more information should contact its Chair, Jonai da Silva, on Jonai.Dasilva@nhs.net.

Dave Corbin is Equality and Diversity Manager for Dorset HealthCare. He said: “We’ve had a long-standing ambition to have an LGBT network across local NHS organisations, so it is great to finally get one in place.

“We want people to feel like they can access help at the earliest possible stage, and not be afraid to be open and honest about their sexuality.

“We can provide advice for managers who may not know how to approach someone who is transgender, and help for those who are experiencing troubles in their work and personal lives after coming out.

“If our staff don’t feel supported with their sexuality, it can also have a negative impact on our patients. This network will also help to improve the experience of LGBT patients.”

The launch of the new network coincides with the unveiling of the national NHS Sexual Orientation Monitoring Standard, aimed at increasing awareness around LGBT patients so trusts can better understand, respond and improve services to meet the health needs of patients. 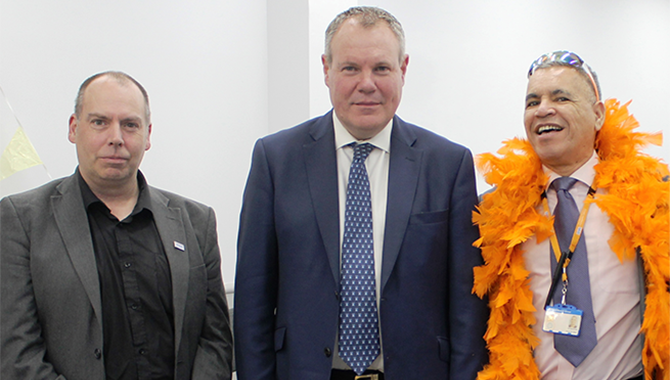 From left, Alan Mercel-Sanca from the LGBT Dorset Equality & Diversity Network, MP Conor Burns and Jonai da Silva, Chair of Dorset NHS LGBT Initiative, at the launch of the new network at The Lighthouse in Poole. 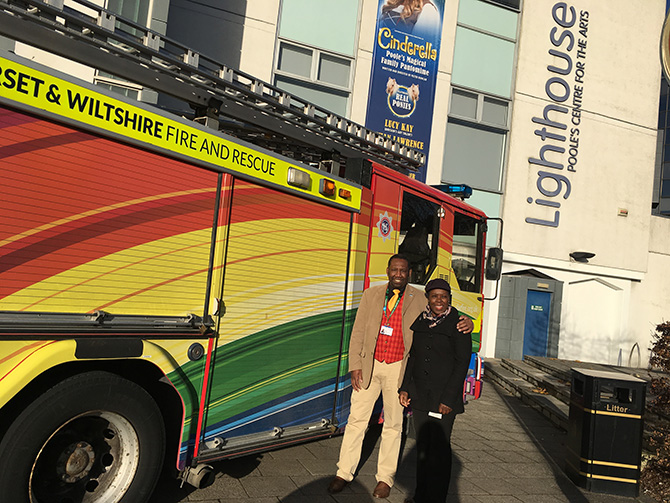