What will the speech and language therapist do?

The speech and language therapist will listen to and assess a child’s speech to ascertain whether they have difficulties with their phonological awareness.

To print this page

Right click anywhere on the page and select 'print'

The child may require therapy if they are having difficulty with their phonological awareness skills. This therapy may be delivered by a speech and language therapist, a member of their nursery/pre-school/school staff, or by parents.

If the child’s difficulties seem to be resolving then their skills will likely be monitored over a period of time.

If the child’s difficulties are typical for their age, they may be discharged from the speech and language therapy service.

It may be appropriate for the speech and language therapist to refer to another service, such as audiology for a hearing test.

Find out more information at:

What is a phonological awareness difficulty?

What causes a phonological awareness?

What can I do to help a person with a phonological awareness difficulty?

Model accurate speech back to the child and avoid asking them to correct themselves or ‘say it properly’ e.g. child: “dar”, adult: “yes it’s a car” 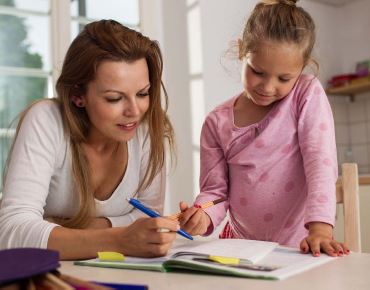 Clap out syllables of longer words to help your child listen to the sounds e.g. ‘te-le-phone’. Draw your child’s attention to sounds you can hear at the beginning/middle/end of words.

Go on ‘sound hunts’, searching for objects beginning with a specific target sound, e.g. ‘p’. Choose one sound to work on at a time.

Draw attention to sounds in the environment e.g. you could go on a ‘listening walk’, listening out for loud sounds (car horns), quiet sounds (rustling leaves), long sounds (the wind) and short sounds (birds tweeting).

Collect objects or pictures beginning with a target speech sound e.g. ‘p’. Target a different speech sound each time the activity is done e.g. one week may be ‘p’ then next ‘s’. Ask the child to choose an object from the bag and say what it is. Model the word back to them placing emphasis on the beginning sound e.g. pig. Repeat